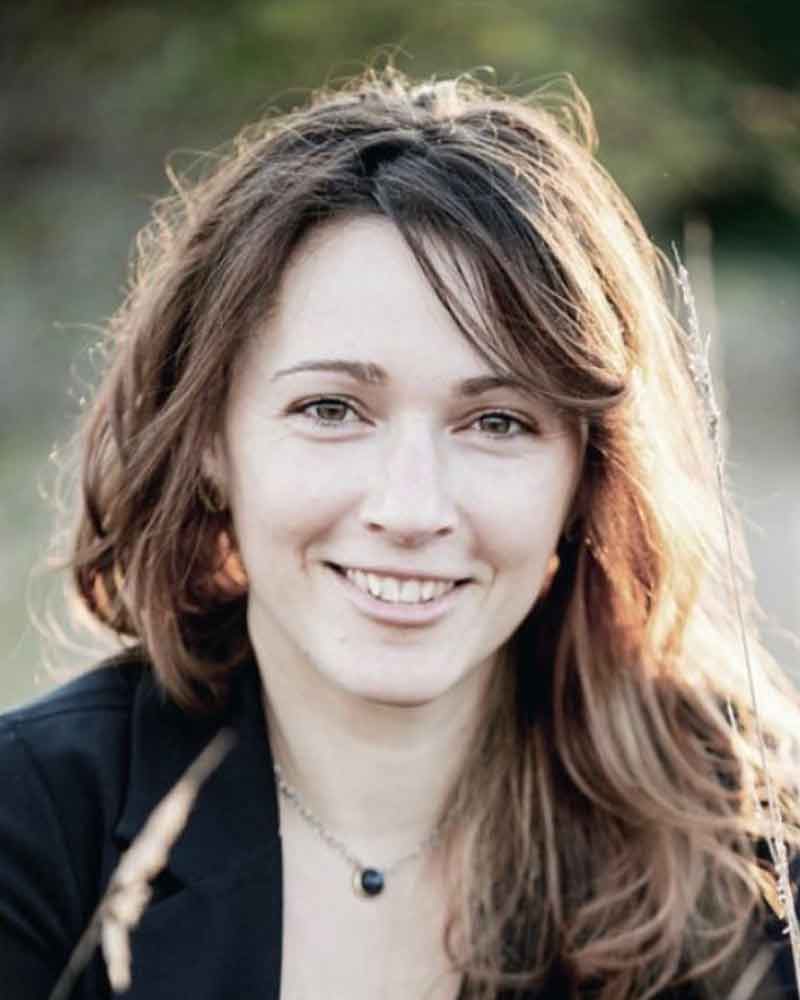 Tawnie Scarborough is a zealous team player in the California cannabis industry, joining Point Seven Group as Managing Director to co-develop and implement Point7’s strategic planning and execution of those objectives for the consulting division. She brings with her a talented team of California cannabis professionals and subject matter experts. Working together will help Point7’s talented leadership team support clients across the U.S. in expediting their business growth and revenue generation by reducing the learning curve and increasing efficiencies from business model development to operational excellence. We sat down to speak with Tawnie about her experience in the cannabis industry and what led her to Point7.

What are your days like right now, during lockdown, and all the craziness that’s happening?

It’s a lot more than I thought it would be. I have run businesses and worked in companies where I’ve worked remotely for the last five plus years. The impact of COVID was pretty minimal in the way that I do business. It was actually really fun to watch people enter into the remote world and try to figure out Zoom. I’ve seen more backgrounds in the last five months than in the last five years!

Coming from the cannabis industry, there were really never offices. So the office life was something I’ve only really experienced in the last five years, and even so, my role generally required me to be in the field. And then I founded the Sonoma County Grower’s Alliance and I built it to be a remote workplace so everyone could work from home. We had an office where we used to meet weekly, and use if someone needed to work away from home. But I’ve run each of the companies that I’ve owned based on trusting the people I’ve hired. It’s the timeliness and quality of your deliverables, not where you are generating your deliverables from.

Was your career always in cannabis?

This is pretty much all I’ve known for my whole adult career. California and cannabis has been around since the ’60s, not as the regulated industry we know today. California had passed Proposition 215 in 1997 [after it appeared on the November 5, 1996 ballot], which was also known as the Compassionate Use Act. Because of the AIDS epidemic and the need for holistic medicine to help with building an appetite and easing the pain from AIDS to cancer, there was kind of a quasi-marketplace set up. There were never regulations attached to the voter initiative, so we never had clear guidelines. At 28 years old, I entered the industry that really required you to do the best that you could. We were always creating best practices and building a case to prove that we were operating under them.

Guilty until proven innocent is definitely the framework for working in this industry.

It really created an illicit market because of the lack of regulations; there were no incentives or benefits besides self-preservation to invest in best practices, which then incentivized people who were just in it for the money to not invest in best practices. Pulling water out of the creeks is one of the most pervasive issues we have in Northern California. Most of the cultivators did this because there were no rules for engagement, they didn’t understand the long term impacts of pumping that water out. We saw our water tables go down, we lost our fish, etc. That was the world in which I grew into professionally.

The property I had invested in was this undeveloped 80 acres. We put solar panels down, we planned for where the water would be, and we made sure to do the least amount of damage. It’s all gravity fed to this day, we dug two ponds, put down food and animals, before we ever planted the cannabis. That was the ethical investment and our own values in how we treat the land.

Had the DEA decided to pick our property out of all the properties in a ten-mile radius, none of that would’ve mattered, none of that would’ve protected us, and most of the infrastructure would’ve been confiscated. This is why California and the nation created the disparity and depth of the illicit market – because there was no incentive to do it right.

When Colorado legalized, it was this clear and bright call-to-action that California would be right on its heels.

Locally in California, I started working to organize the cannabis operators in my county to create a trade association that would represent our interests, values, and business practices. That association, Sonoma County Grower’s Alliance, was wildly successful in the first year. In fact, we had an assemblyman come and drop in at the very first event and accepted an invitation on the spot to speak at one of our panels. That really catapulted the trade association. I worked through the California Growers Association (CGA) to have a weekly meeting where leaders like myself in other counties could get together and talk about what was working and trade tips, experiences, resources, and tools.

In 2015, Medical Marijuana Regulation and Safety Act (MMRSA) was signed by Governor Brown — through that year I’d been in Sacramento lobbying on behalf of the Sonoma County’s Grower’s Alliance and my constituents and working closely with CGA. After it was signed, CGA invited me to be the chair of the board for the next year. I joined the board of CGA and maintained my role as Executive Director of Sonoma County Grower’s Alliance. We have over 500 independent jurisdictions in the state of California and each one of them can write their own version of the rules; it couldn’t be less restrictive but it could be more restrictive. It’s a patchwork of each town’s and county’s interpretations.

The mental map of understanding each county’s rules is so tough. When I’m writing emails or blogs, I’m thinking “these two places are not far apart but they are so vastly different.”

One of the things I’ve really learned over the last five years, working on cannabis policy, is that there’s policy and politics. It doesn’t matter how good of a policy you write, you have to play the political game to get it adopted, which brings me around to Proposition 64. We had MMRSA pass which was really solid legislation, it was such collaborative work. It was looked at through each committee’s lens and written to be adopted to California’s standards. But, it wasn’t written for for-profit corporations. It was really built as a medical model first because that was acceptable. In a legislative process, it would’ve taken us another year to get recreational legalization.

People were so anxious to get into recreational and didn’t want to play the game with medical. They wanted the money now. All of a sudden, there were a dozen initiatives drafted and presented to Californians as the way to legalize cannabis recreationally. It got down to one initiative which was Prop 64. It was a for-profit business model, pitched in the framework of being a bill to legalize cannabis and protect children from it. And that is the root of a lot of the issues we have today in the California market because Californians signed that. What a voter initiative does is it supersedes the legislative process, so it’s not being reviewed by an environmental committee, tax and finances committee, and social welfare committee to make sure the language meets Californians’ needs.

Prop 64 was really this excellent marketing campaign that rode on the coattails of our success in 2015 to help expedite and propel the legalization of recreational cannabis. Because California is the breadbasket of the United States cannabis production, we had over 30,000 pre-existing operators in the state. The legislation was written to bring the existing operators into a regulated market and get them to best practices. Prop 64 sounded the alarm for investors around the world to come in and set up their corporate shops. Immediately most of the existing operators were outspent in their access to the marketplace. First, you have to have a local permit, and most local governments would only issue a certain number of permits. It became pay to play; who had the best consulting and legal team and who had the investment capital.

In early 2017, I started CannaCo Compliance with my business partner Brian Elliot, who is a retired, second-generation fire chief and one of the most brilliant minds and kindest hearted humans I’ve ever met. He and I started working together to provide expert services at normal business costs because most of these fly-by-night consultants knew nothing about cannabis and were hungry for money. They read the legislation, but they really didn’t know anything. We provided affordable services and had about a 90% success rate in achieving local permits and almost 100% success rate in achieving state licenses.

You’ve had a lot of experience throughout the entire industry; you started from being on the ground and managing land to consulting and helping other people. How do you feel the experience of being in the business owner’s shoes has helped you help other businesses?

Consulting is an interesting arena for professionals because you don’t have to be credentialed to provide these services as you do to be a doctor or lawyer. While you can be credentialed in subject matters and be that subject matter expert, like HR or Finance, general consulting practices have a high risk that a client will take on investing in a consulting group based on bios and what they show in their experience.

Experience does not always equate to skill and tell the intelligence of the group that’s supporting the client. There is a trust factor that is involved and in this industry. There is a higher risk because there are so few standards to hold consultants accountable. You can look to experience, but it’s really based on referrals from past clients. Being a business owner has helped me really look at all of the operational and logical applications of all of the business laws and theory that get applied when we are consulting a client. My father was a foreman in construction, and he said, “The worst architect is the one who has never swung a hammer,” because they don’t know the logical application of their beautiful designs.

What’s your role at Point7 going to entail?

I’m coming into Point7 to continue to enhance the infrastructure that exists. I’m bringing California cannabis experts to the table, as well as national cannabis experts in their own subject matter expertise. Bringing Point7 deeper into California, but also bringing Californian knowledge and decades of experience to the rest of the nation. Now that we have so many states that have legalized, there are a lot of businesses trying to figure it out for the first time. It’s very expensive and takes a long time, so we can expedite that learning curve, we can increase the metabolism of the business development by bringing SOPs that are tried and proven in one of the most competitive markets in the world. I’m also here to take the reins on managing the consulting team so Ashley can continue to build new branches of Point7.

Point7 is excited to welcome Tawnie to our team! To read more about Tawnie and California cannabis, please visit our website.