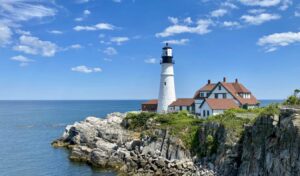 Want to be a part of this fast-growing (pun intended) industry? Here are five things you should know about the Maine Cannabis Industry:

1. Maine’s cannabis industry is estimated to reach $300 million in sales by 2024

Maine’s recreational cannabis businesses are expected to make $275 million to $325 million a year in sales by 2024 according to ,,Marijuana Business Daily,,. During the first full year of recreational marijuana business in Massachusetts, dispensaries had more than,, $420 million in sales, showing there is great potential in the Northeast for cannabis businesses.

For the past two years, Maine’s Office of Marijuana Policy has said it will not enforce Maine’s residency requirement for its recreational marijuana program, which requires all cannabis businesses to be owned by Maine residents. Many Maine cannabis business owners have previously sued, or are currently ,suing the state to enforce the rule, claiming that it is unfair and makes the difficult process of fundraising even more strenuous and competitive for Maine’s cannabis entrepreneurs.

3. Cannabis is catching up to lobster as one of Maine’s best-selling products

Move over lobsters, cannabis is moving up Maine’s economic ladder. Falling just behind lobsters and potatoes, cannabis is now the state’s third best selling product. In 2019, Maine residents bought more than $111.6 million of legal cannabis. According to the Portland Press Herald, that’s more than the sale of blueberries, maple syrup, apples, elvers, herring, and oysters combined.

There is no time to waste! Maine’s recreational cannabis licenses can still be applied for and the state is continuing to award licenses on a rolling basis. Maine’s recreational industry debut may be delayed due to COVID, but it is a great opportunity to participate in a thriving new industry with massive amounts of potential. ,,Connect with Point7, we have helpful resources and a team of dedicated professionals to help your application stand out.