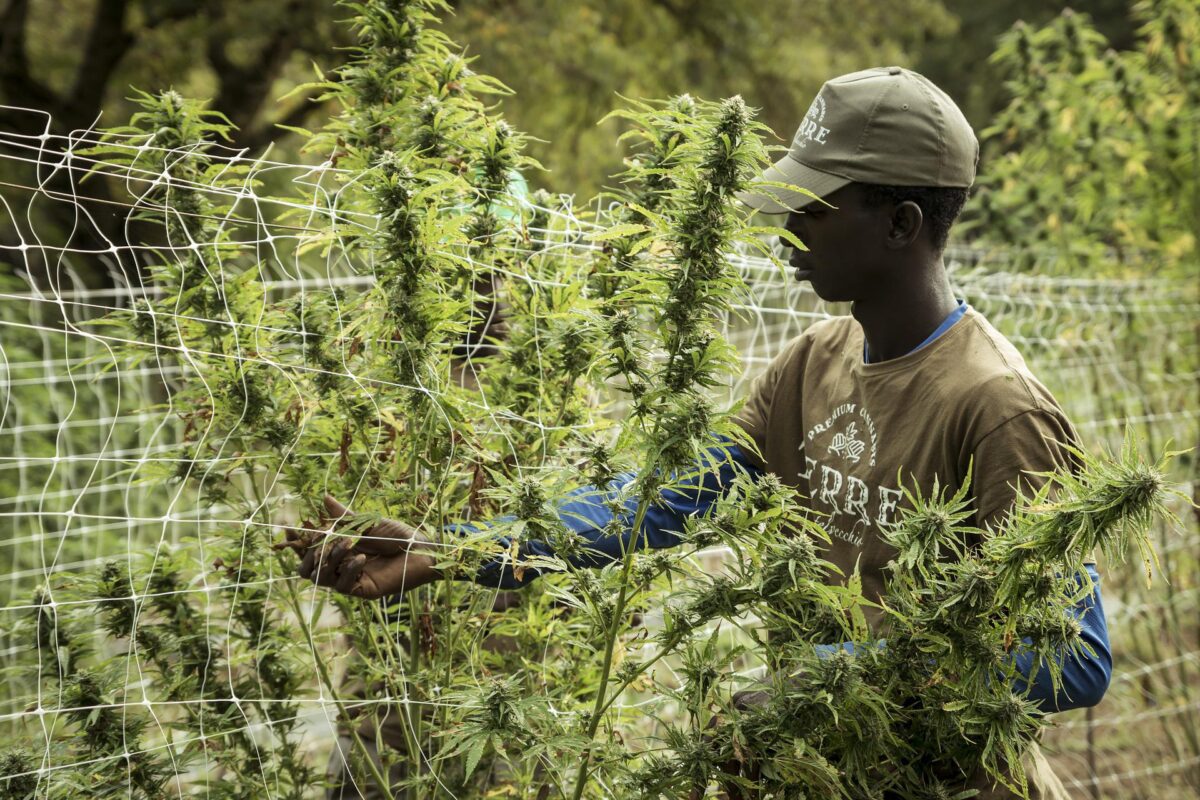 This week in the cannabis industry, there was a push in many states across the U.S. to pardon and decriminalize cannabis-related crimes. Racist criminalization of cannabis is so old, the Library of Congress found headlines from a century ago. On the Senate floor, Bernie Sanders demands legalizing cannabis to help achieve police-reforms (feel the Bern, literally.) Multiple mayors throughout Hawaii declared June 14 ‘Medical Cannabis Day’. In other news, Cannabis sales have stayed resilient throughout the past few months, still showing an increase (take that COVID-19).

Dr. Bowden specializes in hosting diversity workshops for corporate environments. In our most recent blog post, we sat down with her to discuss racism in the workplace and how her diversity workshops help combat those issues. For more information on Dr. Bowden’s workshops, please refer to her website or Instagram, @rootedgoddess. Also check out her Ted Talk, How My Coloring Book Taught Me About Racism.

Do you have news to share? Let us know and we’ll consider you for an upcoming feature!

Major Cannabis Industry Stocks are up +0.98% for the day. Canopy Growth Corporation (CGC) closed the most recent trading day at $17.18, moving +1.72% from the previous trading session despite recent losses and lay-offs. Aurora Cannabis stock gained +68.7% Friday, the biggest single-day percentage gain in its history, after expansion into U.S. CBD market.

Adult-use marijuana sales show resiliency in May, despite pandemic
More than 2½ months into the coronavirus pandemic, cannabis sales in five of the nations’ largest recreational markets are a mixed bag. But sharp sales increases in Oregon and Washington state – two mature adult-use markets driven by demand from in-state residents rather than tourists – suggest that marijuana consumption is rising during the COVID-19 crisis, indicating that the cannabis industry at-large is likely well positioned to weather a prolonged period of economic instability.

>>> Recovery from losses, damage during protests will take weeks for many cannabis businesses

The Hopes Of Illinois’ Social Equity Applicants
In this op-ed, Taneeshia Thomas discusses the challenges of getting a license for a legal cannabis business while still dealing with the repercussions of the War On Drugs

>>> Why the ,Cannabis Sector May be Turning a New Leaf

>>> ,First Missouri Cannabis Grow Facility Is Up And Running

>>> ,Louisiana Bans Smoking Hemp In All Forms Except Rolling Papers

Library Of Congress Highlights Racist News Coverage Used To Justify Criminalizing Marijuana A Century Ago
The Library of Congress (LOC) is documenting racist depictions of marijuana in early 20th century news coverage that helped to drive the criminalization of cannabis, highlighting sensationalized articles about the plant that the federal research body says effectively served as “anti-Mexican propaganda.”

>>> ,Judd Apatow On Creativity, Cannabis, And His Latest Film

>>> ,Study Finds No Association Between Cannabis Use And Risk Of Stroke

>>> ,The Word Ganja: Origins and Meaning