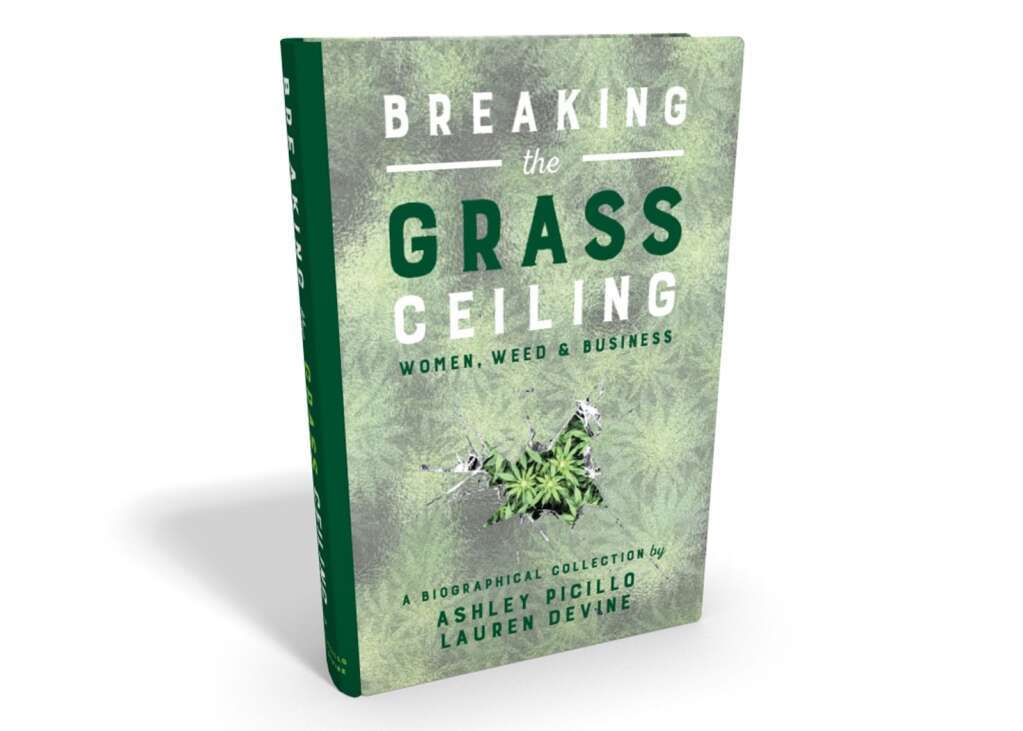 Shortly after High Country honored six local women in cannabis last year, where I referenced the book “Breaking the Grass Ceiling: Women, Weed and Business,” a colleague connected me to its co-author, Ashley Picillo, who just happened to have relocated from Denver to Snowmass Village for the summer (and stayed for the winter!).

We finally got together in the fall and had an hourslong heart- to-heart over coffee where we commiserated over our shared experiences as women working in the legal Colorado cannabis world since 2014; Ashley Picillo starting as a director of marketing, operations and sales for one of the state’s largest vertically integrated businesses at the time (MiNDFUL, which was acquired by LivWell in 2020) and me, a cannabis reporter for The Denver Post and documentary film producer.

Ashley Picillo quickly recognized that Colorado was becoming the model for other states and founded Point Seven Group (named for the most common number of leaves on the cannabis plant) in 2016 to offer management consulting services to new operators facing the daunting learning curve she had experienced.

Since then, Point Seven Group has expanded with headquarters in Colorado, plus a soon-to-open satellite office in New York City. Ashley Picillo and her staff specialize in business strategy, licensing acquisition, facility optimization and operations, go-to-market planning, financial modeling, regulatory compliance and company scaling. Picillo and her team have worked with clients in 24 states, Canada and Australia to secure highly coveted cannabis business licenses.

In continuing to spotlight female entrepreneurs in both of my columns this Women’s History Month, I caught up with the Boston-area native to see how she’s adjusting to life at altitude, if we’re any closer to shattering the “Grass Ceiling” and what advice she has for changing career paths.

An Interview with Ashley Picillo

KATIE SHAPIRO: How did you discover Aspen-Snowmass?

ASHLEY PICILLO: After moving to Colorado in 2014, I was eager to explore. I got into backpacking, camping and climbing 14ers and started to spend nearly every weekend driving to different communities. I first visited Aspen in the summer of 2015 and was totally smitten. I had visited a number of mountain towns at that point, but none compare. I would describe myself as an outdoor enthusiast who truly recharges my batteries getting outdoors, but also enjoy great meals, art, music and culture. I knew within hours of arriving that if I could figure out how to call this special place home someday, I would. It became a goal, inspiring me to work even harder over the last several years.

SHAPIRO: What was the impetus to make the move permanent?

PICILLO: I’m sure many of us have toyed with the idea that the pandemic did offer some silver linings. For me, it was a forced slow-down in many ways. I went from taking more than 70 flights a year visiting clients all over the country to being home, cooking dinner, hanging out with my dog and leading a more normal day-to- day life. It was a welcome change in many ways, but certainly not without challenges. My team was headquartered in Denver when the pandemic began, filling an office in the River North neighborhood. Our space quickly vacated as offices closed their doors. Fortunately for us, we were accustomed to working remotely, having clients in so many states. So the adjustment was fairly seamless, though the loss of culture is something we’re still actively rebuilding and learning how to do with a 100% remote team. I sealed the deal in spring of 2021, selling my place in Denver and buying in Snowmass.

SHAPIRO: What inspired you to write a book?

PICILLO: First, I had submitted a panel discussion to SXSW in 2017 of the same title and was over the moon excited to learn that the panel had been accepted. Cannabis was still becoming normalized back then, so getting this invitation was a big deal to me, and to the industry at large. The woman I was working with at SXSW let me know if I ever published a book, I was eligible to have it featured at the SXSW Bookstore (where it would be sitting next to works written by some big-time authors like Tim Ferriss and Marie Kondo). This started a 90-day clock to conceptualize, develop, write, edit and publish the idea as a book. Second, I have been writing most of my life and I wanted to help open people’s minds to the cannabis industry. Working with cannabis companies all over the U.S., I’ve come to realize that women truly are the gatekeepers in most communities and that mainstream education was seriously lacking. I thought by writing a book about women, I could effectively educate and demonstrate that there are meaningful professional opportunities in this rising industry while also further legitimizing myself, and each of the women featured, as true professionals in the space.

SHAPIRO: What is your perspective on women in the cannabis industry today?

PICILLO: Prior to writing it, I remember thinking that cannabis truly could be one of the only global industries led by women. Unfortunately, as my interview process unfolded, there was overwhelming evidence to suggest the industry would likely begin to look like most others before it. Cannabis can still be a polarizing subject, and many people have strong opinions about this plant as it pertains to legalization, accessibility and business. While I still interact with women each week starting their own cannabis companies — pursuing licensure and working at the executive level — there are just as many (if not more) who have been aggressively ousted from the companies that they founded and helped build. Access to capital for women, and even more so for people of color, continues to be a major challenge — which acts as a barrier limiting their success in this space. There is a substantial amount of regulatory reform underway and this topic continues to be widely discussed (which is critically important), but it may not be enough to change the trajectory. Of the 21 women I interviewed and wrote about, more than half have either exited the industry or been pushed out of their own companies. I realize it is a small sample size, but it’s indicative of a broad sweeping issue.

SHAPIRO: What advice would you give to women seeking a new career path in cannabis?

PICILLO: One of my closest friends, Karson Humiston (founder and CEO of Vangst, the industry’s leading recruiting platform), says that one way to be successful in cannabis is to “keep your career, change your industry” — meaning, if you’re an exceptional retail store owner, or an accountant, or a powerful business development professional — consider taking your existing strengths and skills into this space, versus starting from scratch. Too often, I speak with groups who hear the word “cannabis” and think growing or selling. Yes, those options are there, but there is so much more to consider and pursue. This space is still expanding and evolving rapidly and there are endless opportunities for women to get involved.

How Can Point7 Help?

As experts in the industry, we share the details of the newly regulated medical marijuana market in Colorado. Are you ready to expand your cannabis business into new markets? Reach out to see how Point7 can help your business.