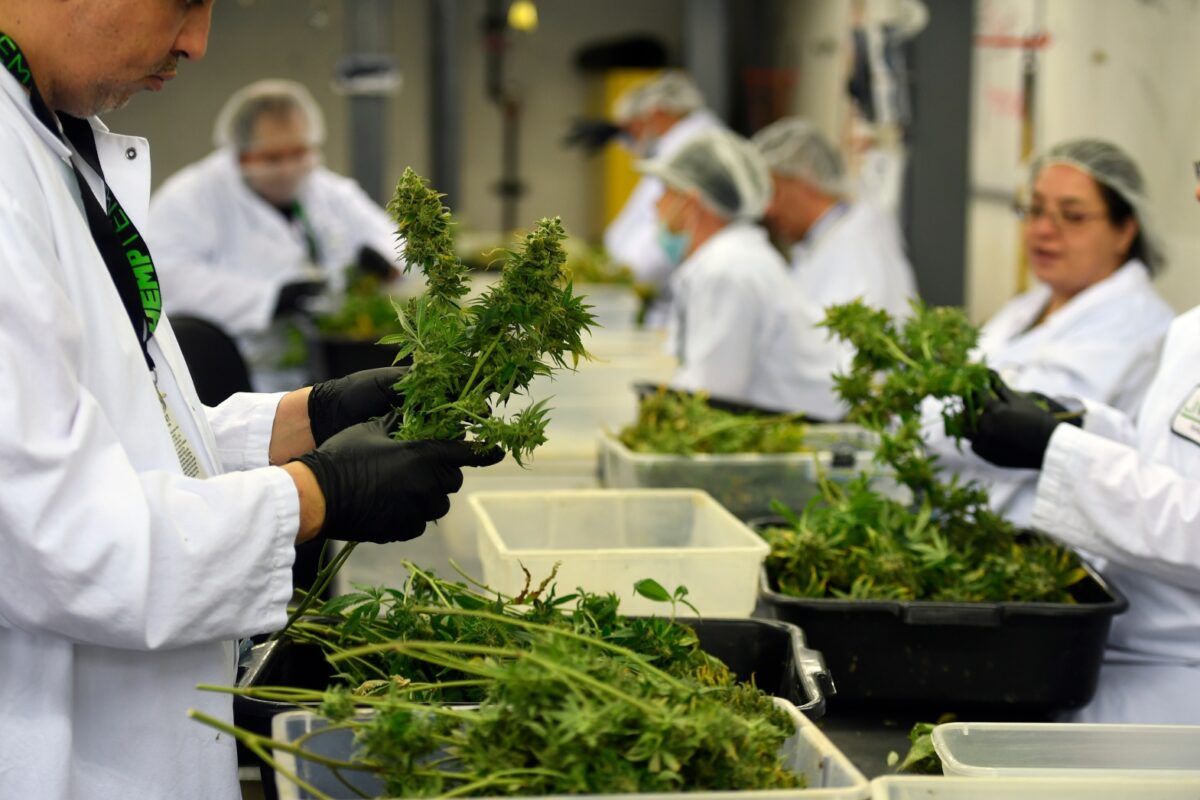 Cannabis companies, and the consultants and lawyers who aid them, not eligible for federal stimulus money

As the coronavirus fueled changes in regulation for Colorado’s cannabis industry, leaders at LivWell Enlightened Health knew they needed to make dramatic moves to keep the business and its workers thriving. And fast.

On March 30, 18 company executives and department heads agreed to suspend their compensation for three months to avoid making cuts elsewhere, including personnel.

The company employs 690 people between its cultivation sites, business administration and 18 dispensaries in Colorado and Oregon. Most are what Executive Director Dean Heizer calls “heartbeat” employees, namely, those on the front lines serving customers in marijuana dispensaries and working in its grow facilities sites to ensure there’s product to sell.

“Our employees in retail and cultivation are the heartbeat of our company. We don’t survive if they aren’t happy and healthy,” he said.

Heizer declined to comment on the exact amount of money made available by deferred compensation, but said it’s enough to “keep our promise” to provide two weeks of paid sick leave and continued health insurance coverage for employees.

“This and other cost-cutting measures put us in a good position to weather the storm,” Heizer said. “So long as the storm lasts 90 days.”

Cannabis is one of the select industries deemed “critical” and allowed to remain open during the coronavirus pandemic, but despite brief, panic-induced surges in business, many contend the industry is still struggling as Coloradans stay home and job losses mount in a crashing economy.

The industry’s not alone. A recent survey conducted by the Colorado Chamber of Commerce found about a third of businesses have laid off or furloughed workers, including many in industries considered essential during a public health crisis.

But those hardships are compounded by the fact that marijuana companies and ancillary businesses that service the industry do not qualify for federal stimulus relief. Still, cannabis companies are taking measures to keep their workers from joining the growing ranks of the unemployed.

The circumstances have forced some, like LivWell, to get creative financially. Others, like Green Dragon, are trying to maintain a semblance of normalcy until they can find viable long-term solutions, said co-owner Alex Levine. The company operates 14 dispensaries, including several in mountain towns like Aspen and Telluride, where ski resort closures and a lack of tourists caused sales to drop.

Green Dragon does not currently plan to lay off approximately 250 workers — in fact, it’s hiring to replace personnel that can’t risk working because of the potential for exposure to the coronavirus, Levine said. But the absence of financial aid and a federal tax “burden” that prohibits cannabis companies from deducting businesses expenses from taxable income make planning for the future difficult, he said.

“We’re trying to take it day by day, and trying to keep everything running as normal as possible,” Levine said. “Some are saying this a recession-proof product. That is certainly not the case.”

The pandemic is not only causing havoc for plant-touching companies, or those that work directly with marijuana. Brian Vicente, founding partner of Vicente Sederberg, which specializes in cannabis law, believes his company will not benefit from the Coronavirus Aid, Relief and Economic Security (CARES) Act because of its affiliation with cannabis. The ramifications, he said, could be “damaging.”

“Law firms like mine, accounting firms and software firms that simply service marijuana industry… now we and folks like us are in a pretty precarious financial position,” Vicente said, adding he’s considered furloughs and pay reductions for his roughly 90-person firm.

A group of senators recently called on lawmakers to include cannabis businesses in eligibility for Small Business Administration loans and other federal funds, but Ashley Picillo, founder and CEO of Denver-based Point Seven Group, is still concerned. Her consulting firm helps new canna-businesses with licensing, compliance and facility design, among other upstart issues. Exclusion from the CARES Act puts her staff of 14 at risk and puts mounting pressure on her to collect from clients who are also experiencing hardship.

“I took a pay cut and intend to stay off payroll until we see this shake out,” Picillo said. “I have a contingency plan to say, ‘Here’s what I’m going to do before I start to let go of any of my people.”

This article was originally posted by the Daily Camera.