WANT TO WIN A MEDICAL MARIJUANA BUSINESS LICENSE IN TEXAS?

WHAT IS THE CURRENT CANNABIS MARKET STATUS IN TEXAS?

Texas launched its low-THC medical cannabis program in early 2018 and was one of the first sales of low-THC medical cannabis. While it was pioneered in the cannabis market, it was highly restrictive, flawed, and, unfortunately, did not address most patients who would otherwise qualify for medical cannabis. Initially, the law only allowed patients who suffered from severe seizure conditions to participate. This law negates the effect on Texans who suffer from other conditions such as chronic pain and who would otherwise have to rely on opioid-based medicine. In addition, there are no protections for physicians, as physicians who write prescriptions in Texas are still subject to unnecessary risk as, according to federal law, cannabis prescriptions are illegal.

In 2021, legislation introduced several cannabis legislative initiatives, but only the HB 1535 bill was approved. After approval, Governor Greg Abbott (R) signed the HB 1535 bill into law which has been in effect since September 1, 2021. HB 1535 expands on Texas's low-THC cannabis program to increase qualifying conditions and increase the THC cap on medical cannabis. The law will expand the qualifying conditions to include people with cancer and PTSD. In addition, it will increase the Tetrahydrocannabinol (THC) maximum from 0.5% THC to 1.0% THC. HB 1535 does not include any cannabis patients' protections and still imposes jail time for cannabis possession.

The 2022 Texas Legislative Session has currently already filed more than two dozen bills relating to cannabis decriminalization, medical cannabis, and legalization, but none have been signed by the Governor as of yet.

Cannabis in Texas is illegal for recreational use. Currently, possession of up to 2 ounces of cannabis in Texas is considered a Class B misdemeanor, which can be punishable by up to 180 days in jail and a $2,000 fine. The Texas House recently passed House Bill 441, which would reduce possession of 1 ounce or less to a Class C misdemeanor with no jail time, if passed in the Senate during the 2022 legislative session. Several Texas local municipalities have decriminalized cannabis, including Austin, Dallas, El Paso, and Hays County. Recently, voters in the city of Austin, TX overwhelmingly approved Proposition A, a local ballot measure depenalization of marjiuana possession and prohibiting police from executing ‘no knock’ warrants.

In 2015 legislation allowing medical use of low-THC oil was passed, although its narrow scope only included patients with intractable epilepsy. Later in 2019 another bill expanded the program to include people with seizure disorders, multiple sclerosis, and terminal cancer. In May 2021 the Texas Senate gave final approval to a bill expanding the state’s medical marijuana program to include all forms of PTSD and cancer.

Now, eligible Texans have access to medical marjiuana through the State’s compassionate use program (CUP) administered by the Texas Department of Safety (DPS). Texans with certain medical conditions may qualify, including epilepsy, seizure disorders, multiple sclerosis, spasticity, amyotrophic lateral sclerosis, autism, terminal cancer, and an incurable neurodegenerative disease. Patients may get low-THC cannabis prescribed if the patient is a resident of Texas, has one of the qualifying medical conditions, a CUP registered physician prescribes the medical marijuana, and that qualified physician decides the benefit outweighs the risk. There is currently no age limit for prescriptions, however, patients under 18 may need a legal guardian. The state currently only allows three operators who are licensed to cultivate, manufacture, and sell low-THC oil.

$0
in annual cannabis sales!
An economic analysis conducted by Vicente Sederberg LLP finds that if Texas legalizes an adult-use maijuana market there would be $2.7 billion annual sales in Texas and bring in more than $1.1 billion in marijuana tax dollars per biennium, along with the creation of 20,000 - 40,000 jobs.

It’s Going Down: The Shocking Southern Expansion of Cannabis in the US 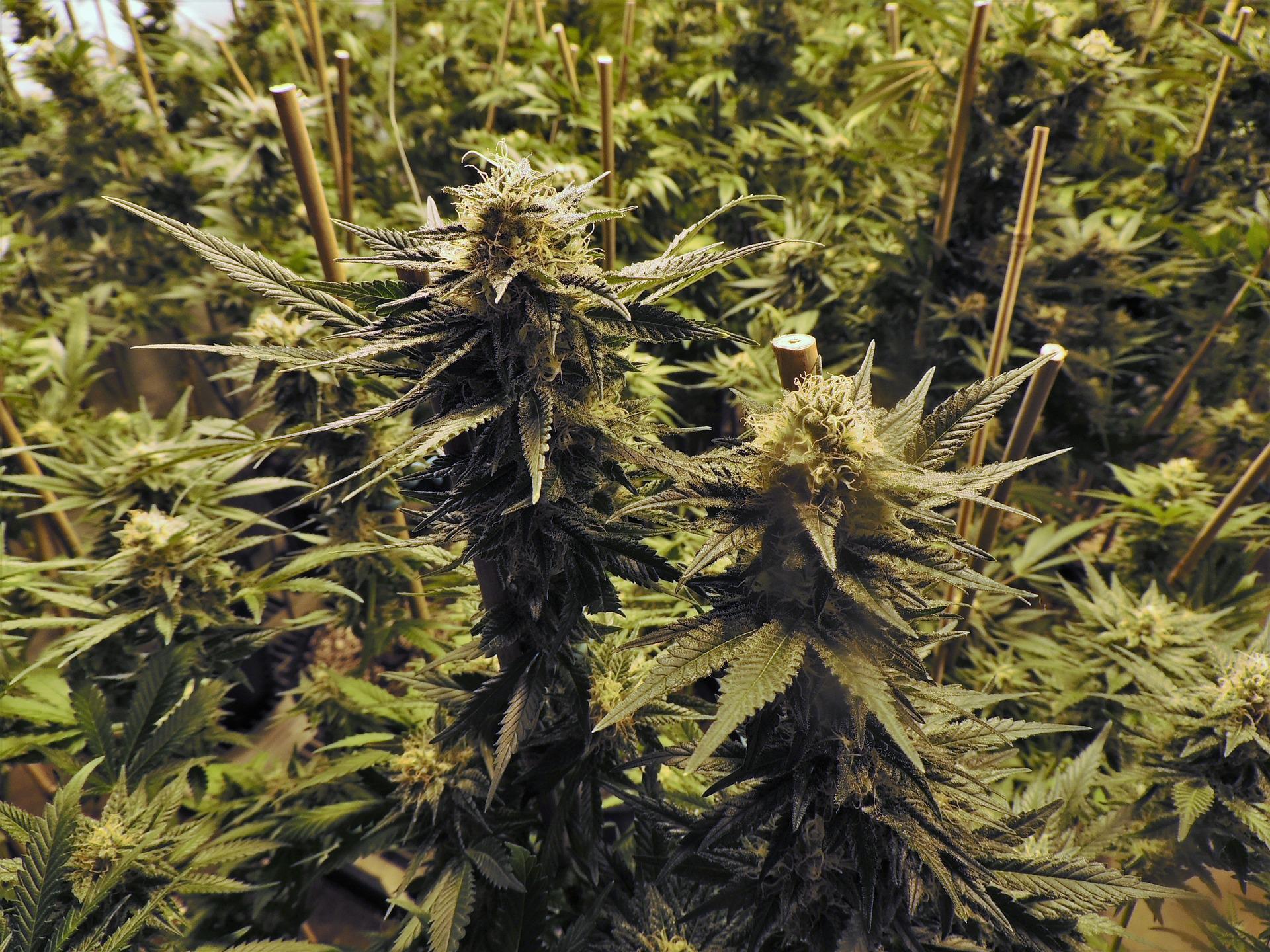 Cannabis and Texas have had a rocky relationship for years with Texas having the most strict cannabis laws in the nation until 1973. In 1931 possession was banned, and those found in possession of cannabis were charged with a felony offense punishable by two years to life in prison. Today, although the prison time and nature of the charge have been significantly lowered, Texas is still one of 19 states that have cannabis possession punishable with time in prison. While low-THC cannabis oil is legal for medicinal use, cannabis with higher than a 0.5% THC concentration is fully illegal. Possession of up to two ounces is a class B misdemeanor, and can come with a sentence of up to 180 days in prison, a fine of up to $2,000, and suspension of a person’s driver license. However, across the state larger municipalities have begun to enact reforms that apply lesser penalties. In the 2021 legislative session, multiple bills advanced in the Texas chamber, including measures to reduce criminal penalties for possession of cannabis concentrates. One provision included in the bill would create a medical cannabis research program under the Texas Health Human Services, but neither have been approved by the Governor as yet.

Because of this restrictive cannabis program, the people of Austin City Council unanimously passed a resolution in January 2020 that limits law enforcement action for low-level marijuana possession of offenses. The resolution committed to not wasting city resources testing THC levels for low-level cannabis offenses. In addition, the resolution stops the Austin Police Department from citing and arresting people or cannabis possession cases to the extent allowable under state law.

The passage of the 2018 Farm Bill legalized the commercial production of hemp and authorized states to submit state plans to administer hemp programs. In Texas, House Bill 1325 was signed into law in June 2019 which authorized the production, manufacture, retail sale, and inspection of industrial hemp crops and products. This includes products for consumption which contain CBD, as well as other edible parts of the hemp plant. The Texas Department of Agriculture opened the hemp licensing and permit application process on March 16, 2020. There is currently no limit to the number of licenses available. 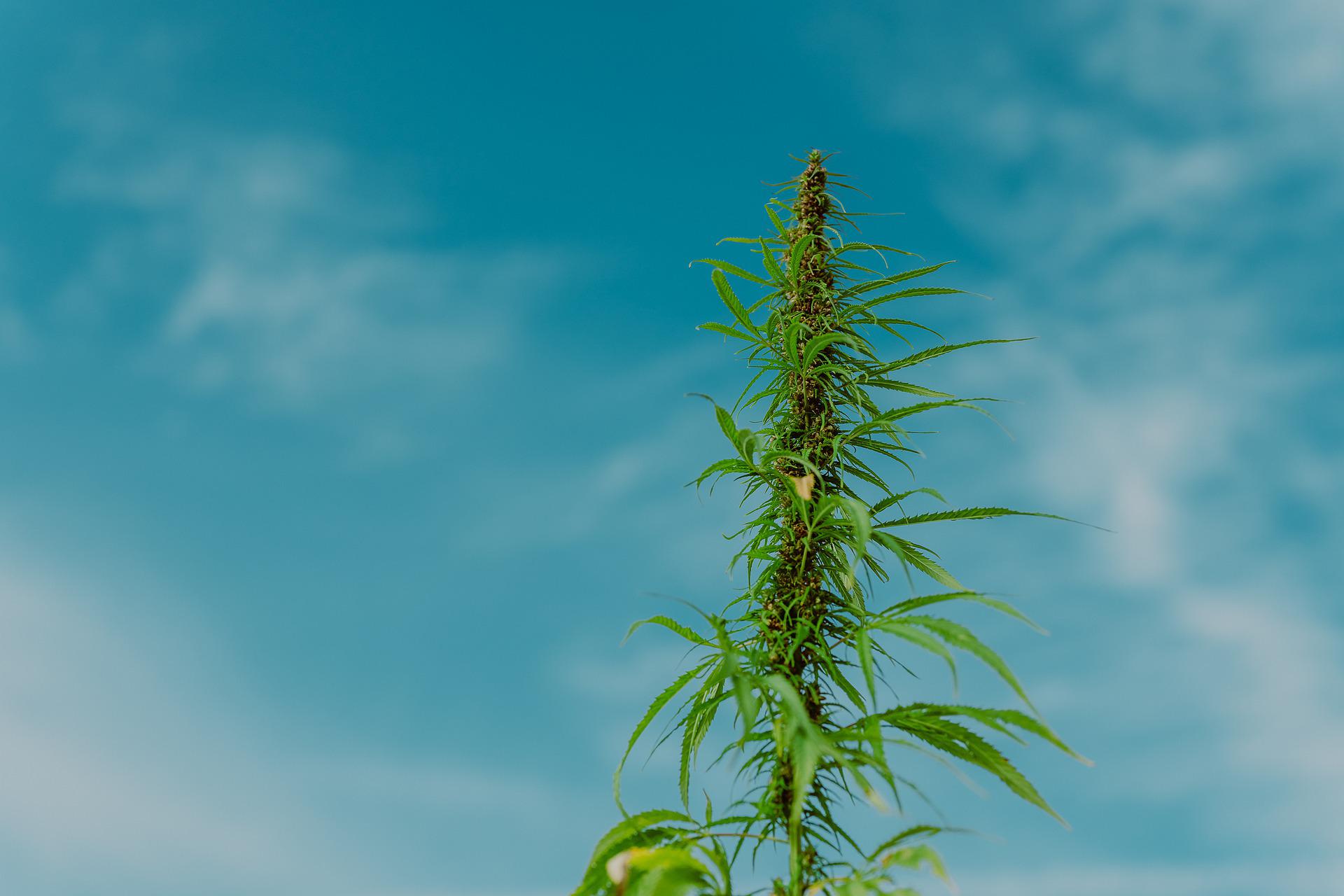