WANT TO WIN A CANNABIS BUSINESS LICENSE IN VIRGINIA?

Applications are currently closed for medical and adult-use cannabis licenses in Virginia. Although recreational marijuana was legalized in 2021, the 2022 General Assembly did not reenact the legislative framework for creating an adult-use market that would have allowed sales later this year. The state’s recreational market is scheduled to begin in 2024, but the timeline for the release of adult-use licensing applications is currently unknown. The Department of Health is not accepting any additional applications for medical cannabis pharmaceutical processor permits as the five allowed by the Code of Virginia have been licensed. Sign up for Point7 updates to know when a new application round will be opening in Virginia.

In 2021, Virginia became the first state in the South to legalize cannabis for adult-use. Two identical bills: House Bill 2312 and Senate Bill 1406 allow adults in Virginia to possess up to an ounce of cannabis, gift up to an ounce of cannabis to another adult, and cultivate up to four plants at their primary residence. These two bills also include the automatic sealing of low-level past cannabis offenses and establish a social equity program to promote participation by those greatly impacted by the War on Drugs. In addition, 30% of the tax revenue from the bill will contribute to a Cannabis Equity Reinvestment Fund, a fairly progressive legislation for a state in the South.

Many of the law's provisions required a second legislative vote in 2022, also known as a “re-enactment”, which unfortunately did not occur. The one provision that did not require a re-enactment is the provision to legalize cannabis possession and cultivation, penalties for minors possessing cannabis, and provisions to allow the regulatory work to begin. Almost all of the regulatory details regarding legalizing and regulating commercial sales, issuing business licenses, and taxation require reauthorization and will only take effect if the General Assembly reenacts them during the 2023 legislative session.  Following re-enactment, the Cannabis Control Authority, advised by a Health Advisory council, will complete regulations, implement a social equity program, and issue business licenses. Commercial sales are slated to begin January 1, 2024, but until then, selling or purchasing cannabis outside Virginia’s medical program remains illegal.

Virginia’s medical cannabis program officially launched in October 2020 and is the only way for most residents to legally acquire marijuana short of growing it themselves. According to data from the Board of Pharmacy, there are only 51,907 registered patients in Virginia - a small number compared to the state’s population of more than 8.6 million. The program was originally approved in 2017, but only allowed specific cannabis oils to be recommended to those suffering with intractable epilepsy. Legislation in 2020 was passed to allow patients access to a broad array of products, from edibles to flowers, rather than the low-THC oil originally offered. Patients may currently purchase up to four ounces of cannabis flower per 30 days.

Cannabis patients currently face a lengthy process to obtain their medical registration including obtaining written certification from a medical provider and registering with the Board of Pharmacy. However, Governor Glenn Youngkin recently signed legislation that removes the patient registration requirement as of July 1, 2022, allowing patients to purchase medical cannabis products from dispensaries as soon as they receive a written certification from a provider. Virginia law restricts the number of pharmaceutical processor permits that the Board of Pharmacy may issue or renew in any year to a maximum of 5 permits, one for each health service area area. All five permits have been awarded.
CANNABIS BUSINESS
LICENSING & OPERATIONS
CANNABIS DISPENSARY
DESIGN & BUILD-OUTS
CANNABIS BUSINESS
DEVELOPMENT & BRANDING
JOINT CANNABIS
BUSINESS VENTURES 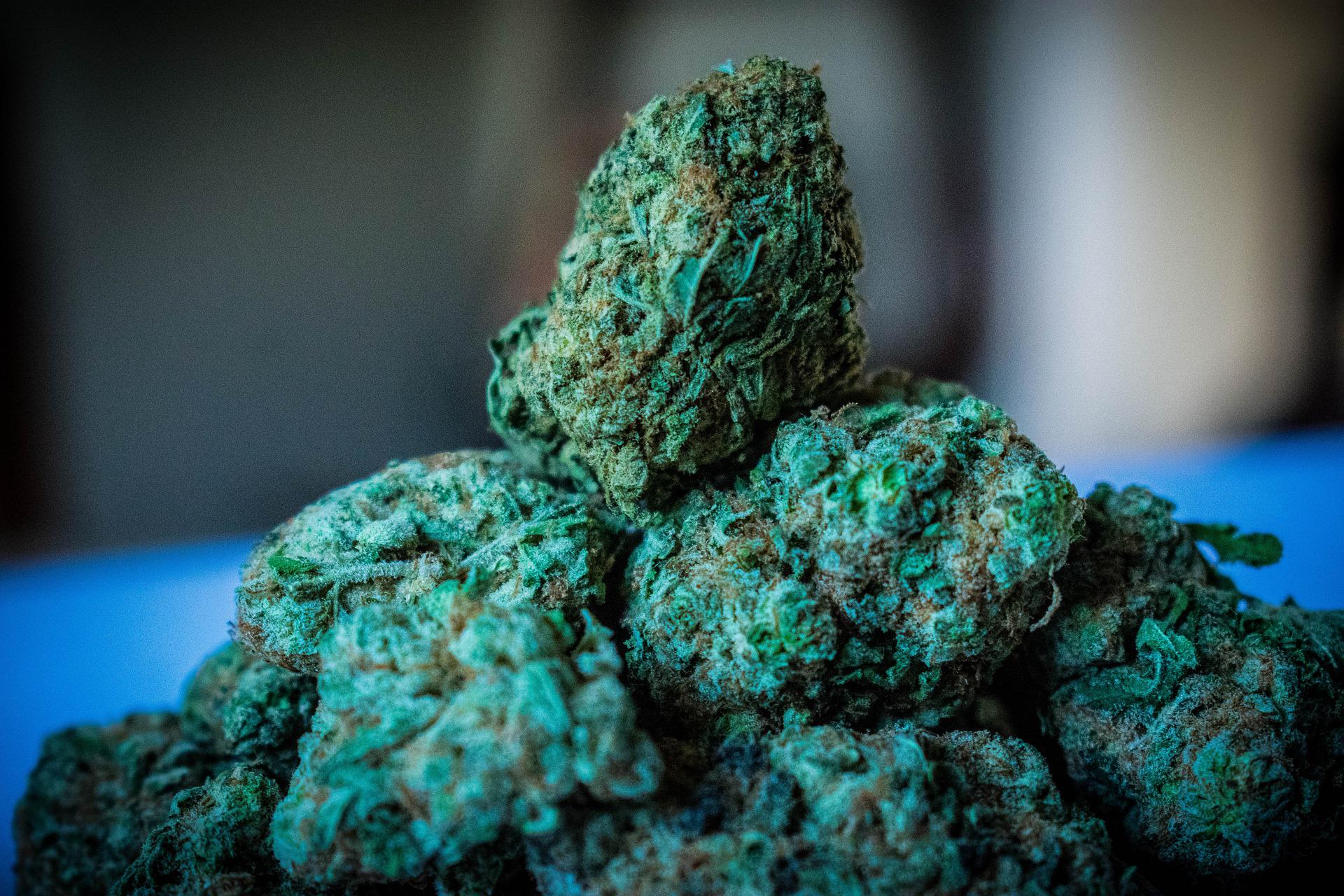 In the state of Virginia both medical and adult-use cannabis are legal, but only medical marijuana is available to be purchased at a licensed dispensary. Virginia passed one of the nation’s first medical marijuana laws back in 1973, but the law used the terminology ‘prescription”, deterring doctors from prescribing a federally illegal product. 36 yeras later, In March 2015, Governor McAuliffe signed defense bills to ensure patients using CBD and THC-A oils to treat epilepsy were protected from possession charges. In September 2018, the Virginia State Board of Pharmacy approved the applications for five companies to open medical dispensaries across the Commonwealth. Efforts for further cannabis legislation slowed until 2019 when Virginia Attorney General Mark Herring announced plans for cannabis legalization in the near future. A Cannabis Summit was held in December 2019 to discuss the state’s plans to decriminalize cannabis and pathways toward legalization, including the principle of social equity. In February 2020 decriminalization efforts moved forward when the House of Delegates voted 64-34 in favor of HB 972, which decriminalized personal possession of cannabis. The bill was signed into law in April 2020 by Governor Northam, and took effect July 1, 2020.

On July 1, 2021 it became legal for adults 21 years and older to possess up to one ounce of cannabis for personal use, gift up to an ounce between adults without remuneration, and to legally cultivate up to four plants per household. It remains illegal for anyone to possess more than one ounce of marijuana and for anyone under the age of 21 to consume, purchase, or possess marijuana. Possession of more than an ounce, but no more than one pound, is punishable by a civil fine of up to $25 and possessing more than one pound could result in up to 10 years in prison.

The Virginia Department of Agriculture and Consumer Services (VDACS) oversees and administers the hemp growing program in Virginia. VDACS is reviewing the USDA's final Hemp Production Rule published in January 2021, in order to submit a final Virginia state plan for hemp production.

VDACS will continue to operate a hemp agricultural pilot program that meets the requirements outlined in the 2014 federal Farm Bill until it can be approved by the USDA. If you plan to grow hemp in 2022, you will need a VDACS-issued Industrial Hemp Grower Registration available at Vdacs.virginia.gov. 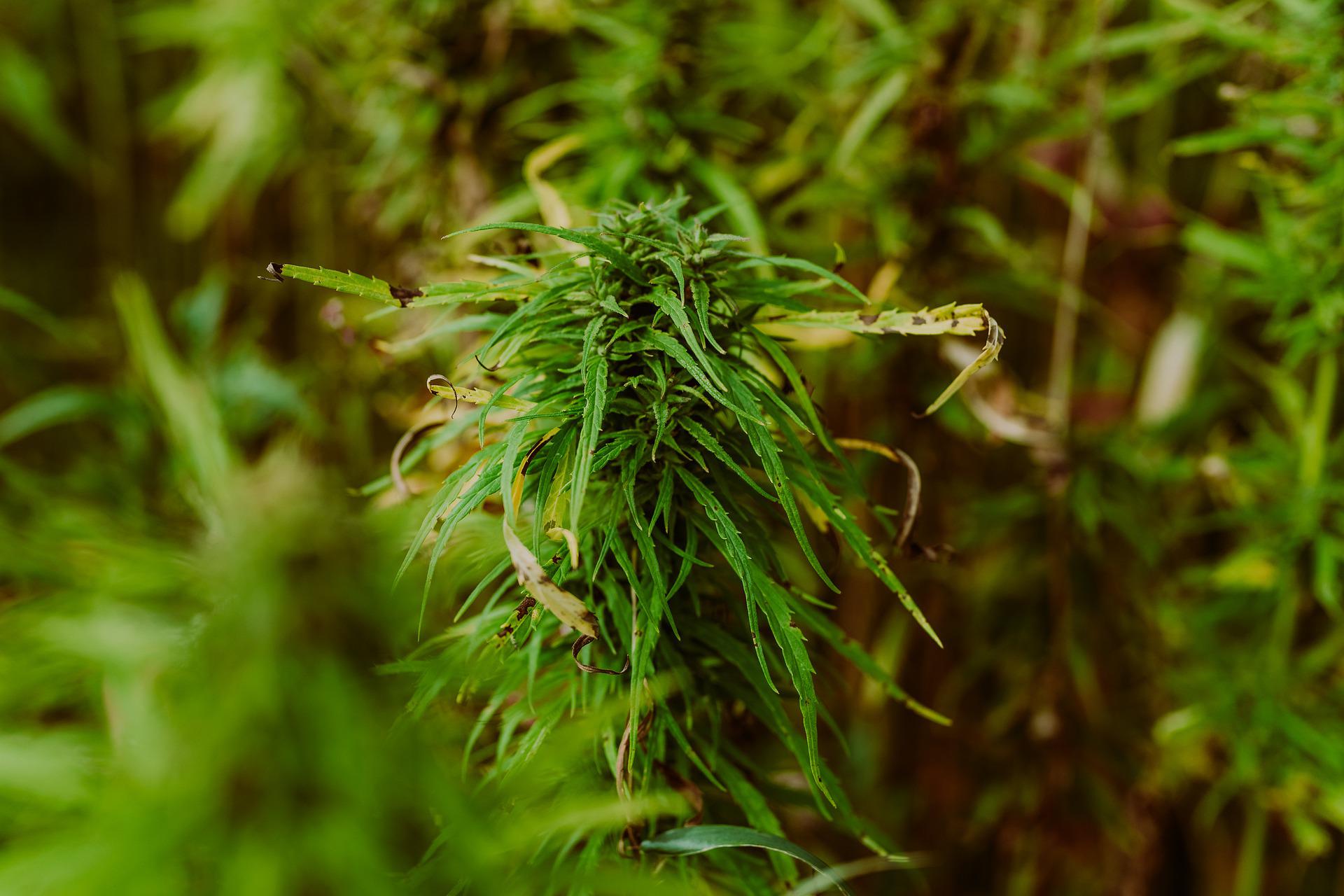